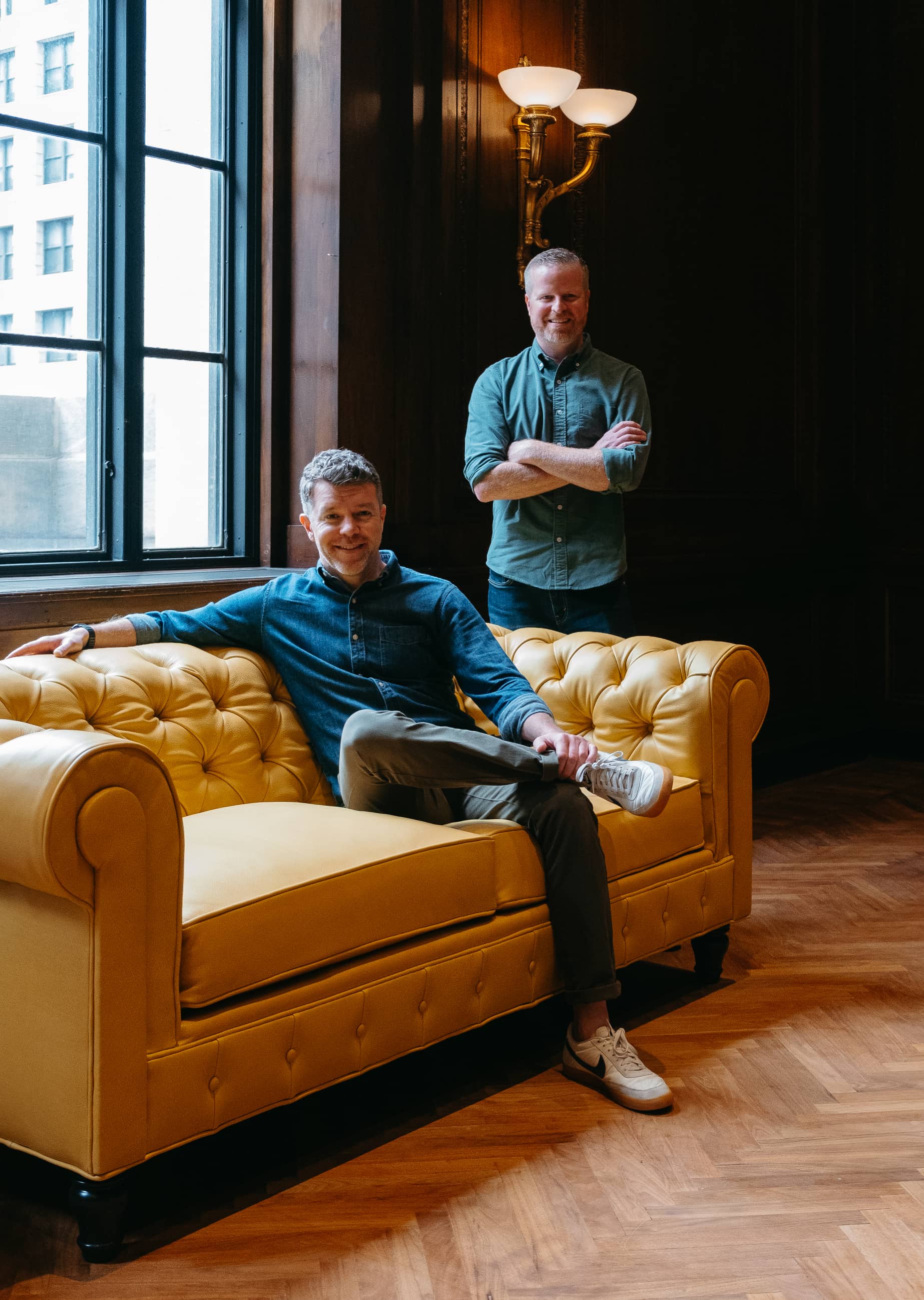 Armor, an independent digital agency based in Philadelphia, today announced the sale of the company from founder Scott Peters to employees Dan Hughes and Chris Reif. The sale, which was completed on May 9, 2022 for an undisclosed sum, puts agency veterans and longtime friends Hughes and Reif at the helm of the agency they helped build.

The pair’s ascension to agency ownership is the culmination of a professional and personal relationship that started back in 2001. Hughes and Reif both worked at several local agencies including Brownstein Group and Razorfish before co-founding the Philadelphia office of Allen & Gerritsen (then Neiman Group) in 2008.

Hughes joined Armor as employee two in May 2014, and later recruited Reif to join the team in June 2016. Armor now has five full-time employees and a network of partners, with plans to expand in the future while remaining a small independent agency.

“From the time I first met Chris, I knew I found a kindred spirit who would one day be my business partner,” said Hughes. “Armor is truly the agency that we’ve always wanted to create and we’re both immensely proud to have assembled the team and client roster to enable that.”

“Throughout our careers, Dan and I have built creative teams and shaped various agencies in the Philadelphia region,” commented Reif. “Now we get the opportunity as owners to bring our shared vision and values to life in a way that’s far more personal. Our team today is emblematic of what’s in store for the future – kind, hard working individuals who care deeply about the work at hand and each other.”

In addition to their work for clients, the agency also recently launched a “tiny interview series” titled Unguarded, which features insights and anecdotes from business leaders, artists, and tastemakers. Interview subjects include Matthew Cahn of the wildly popular Middle Child restaurants, Shannon Maldonado of nationally recognized lifestyle shop Yowie, and Chad Ludeman of boutique hospitality firm Stay Lokal, among others.

“Dan and Chris are two of the most creative, dedicated, genuine people I’ve met in my career,” said Peters, who is moving on to focus on Assemble, a digital production company. “This is the exact right team to lead this agency and I have no doubt that they will take Armor to the next level.”